The Funniest Scenes in the World, Vol. 2

The Funniest Scenes in the World is a valuable tool that is badly needed in today’s fast-paced, competitive marketplace: a book of original scenes that are worthy of being performed for agents, managers, casting directors and network executives. A book of scenes that are worthy of being shot and broadcast on television and are formatted like proper scripts used by professional actors. Gunnar Rohrbacher is a writer, actor, director, producer and teacher who happens to also co-own Actors Comedy Studio in Los Angeles. ACS primarily teaches acting and audition technique for on-camera comedy; sitcoms, half- hours, dramedies, whatever term you like.

Time and again, these scenes have grabbed the attention of our guest casting directors. They love them and are often curious where the actors found them.

The format is pretty simple – scenes are organized into the following categories: male/female, female/ female, male/male and gender neutral. The gender neutral scenes are also age neutral. Thus, each traditional category is made larger by the additional scenes that most anyone can perform. In addition, the scenes were all envisioned for the screen rather than stage. Some of them have been shot and produced and are viewable as MiniComs ™ on our production site, ACSDigital.tv.

Lastly, a lot of actors need reel footage but are reluctant to self-produce largely for fear of writing or lack of experience. The Fifty Funniest Scenes in the World will help solve that problem, too. If you want to shoot and edit these scenes, you’re more than welcome to! Each scene is three to six minutes long. You only need 30 seconds or so to create a clip. If you shoot footage using these scenes, please feel free to send a link to Gunnar at gunnar@actorscomedystudio.com 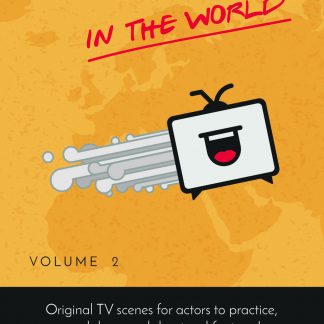