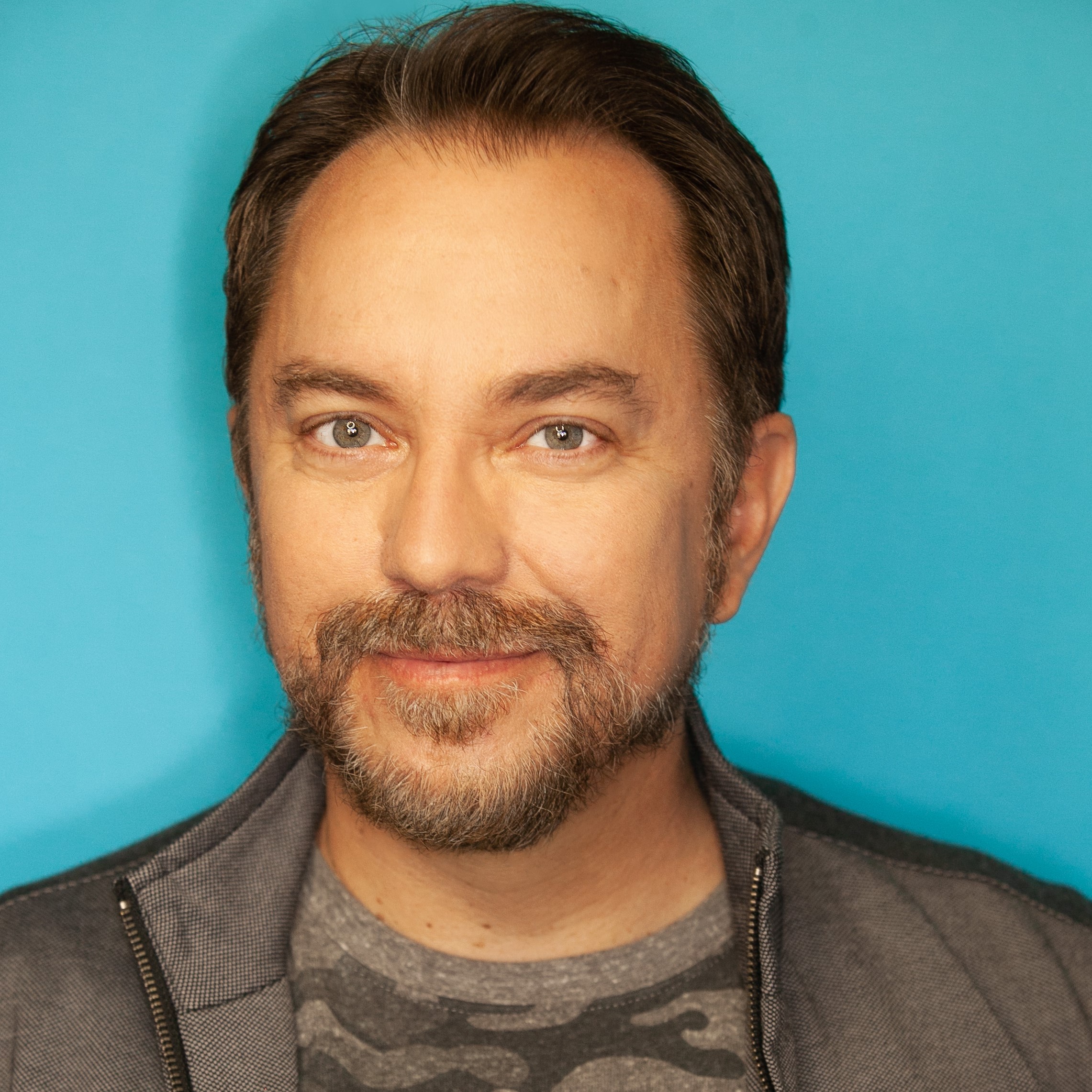 The Comedy Code was six years in the making. A true labor of love I created because I’m passionate about helping creative people fulfill their personal potential.

When I coach or teach, my perspective is that you no longer have a problem. Whatever you want help with becomes my responsibility. I’m in service to you. Frankly, I’m in service to creativity itself. I teach acting and writing to people just getting started and I coach notable actors for network series leading roles. At every level my task is to alleviate all anxiety and provide a smart answer to the question at hand.

What keeps me excited about teaching after twenty-five years is finding the intersection between artistry and marketability. Creative people want fulfillment from their efforts, but they also want work. My wheelhouse is helping each individual take their best shot with clear industry standards in mind.

Show business does not seek out generalized talent. Like any other industry, each job offered has specific requirements. The search is narrowed for the likeliest best candidates. Those candidates are expected to be talented, trained, professional, knowledgeable, and aware of the team behind the project or they would not even be considered.

Next, they are expected to make an exciting offer with complete confidence. For actors it’s the audition. For writers, it’s the pitch. So much rides on a single moment. Are you truly prepared for that moment or not? Simple question.

If you need a strong foundation, we can create that first. If you’re a pro but need an extra pair of eyes on the work, we’ll level things up. I’m different from other acting coaches because I can tell you with certainty what the writing wants you to do. The vagueness and guess work disappears when you know how scripts are structured.

It’s important to note that casting directors don’t hire actors, producers do. Producers are usually writers. So, while casting directors are invaluable to a production, they do not have the final say in which actors are ultimately booked. When actors become aware of this and start making choices dictated by the facts within the story and dialogue, they work. What a relief! No more, “I hope this is what they were looking for.” My students don’t say that.

I work quickly and efficiently because that’s what the entertainment industry demands. I’m straightforward but I understand that talent needs to be nurtured. I don’t beat anybody up, even though some have asked me to. I will, however, tell you the truth with the best of intentions, based on a broad foundation of experiences.

MY BACKGROUND IS SHOWBUSINESS GUMBO

The ingredients can seem random, but it all makes sense together when it’s cooked over time with love. I’m a writer, actor, director, improviser, producer, teacher, coach, author, entrepreneur, counselor and former casting director. There are certainly moments when my path felt less than clear. Maybe it’s because I like to say yes to things. One day I’m casting a pilot for ABC, the next I’m working for Steven Spielberg, writing an episode of Toonsylvania. In hindsight, these varied experiences help me help others with a clarity and vision that is quite satisfying.

I’ve seen the industry from just about every angle and it’s not mysterious to me. My place within it is to welcome others beyond the velvet rope. Sometimes it’s to greet people back from a break. Sometimes I help well-known pros level up ever higher. Whatever the case, my experienced eye seems to make life easier for others, so I choose to be an advocate for the ambitions of my tribe.

I was blessed with amazing teachers right from the beginning. In turn, they made me want to teach. I was fortunate to be trained and mentored by some of the industry’s most respected comedy authorities including Lisa Kudrow, Cynthia Szigeti, Phyllis Katz, Karen Maruyama, Mindy Sterling, Tim Bagley, Groundlings Founder Gary Austin, and many other illustrious comedians.

In addition, I have appeared on virtually every Comedy Main Stage in Los Angeles, including: Groundlings, Upright Citizens Brigade, ACME Comedy Theatre, Second City, IO West, Comedy Central Stage at the Hudson, HBO Workspace, The Comedy Store and The Improv. I also had the time of my life directing the multi-media rock opera, The Hunchback of Notre Dame with Vox Lumiere to sold-out crowds at the John Anson Ford Amphitheater.

Prior to teaching TV & Film Acting, I taught all levels of improvisation and sketch writing for 10 years. I’m intimately familiar with the curriculum of every improv school in the USA. I know what each school teaches and the purpose behind it. I also worked in commercial casting as well as theatrical casting. It was in casting that I really learned why some actors booked and others did not.

I designed the Acting for Animators program for Disney’s Animation Studio. That was a cool gig. Studio execs wanted the animators to have a greater sense of the acting process, so I created an acting program and taught all of Disney’s animators how to act! While I was there, they asked to consult on two of their feature films, Bolt and Meet The Robinsons.

I created the current Acting for Sitcoms programs at The American Academy of Dramatic Arts and The New York Film Academy.

I’ve been a guest speaker at The Groundlings, CalArts, SAG•AFTRA, The SAG•AFTRA Conservatory, The American Film Institute and FilmBase in Ireland.

I booked a gazillion commercials and even starred in a couple of pilots for NBC; Prime Time Comedy, produced by the famed George Schlatter of Laugh-In and the semi-improvised sitcom The Weekend. Finally, I’ve been a network acting coach on multiple TV series and I’m a proud graduate of the Warner Bros. Writers Program. 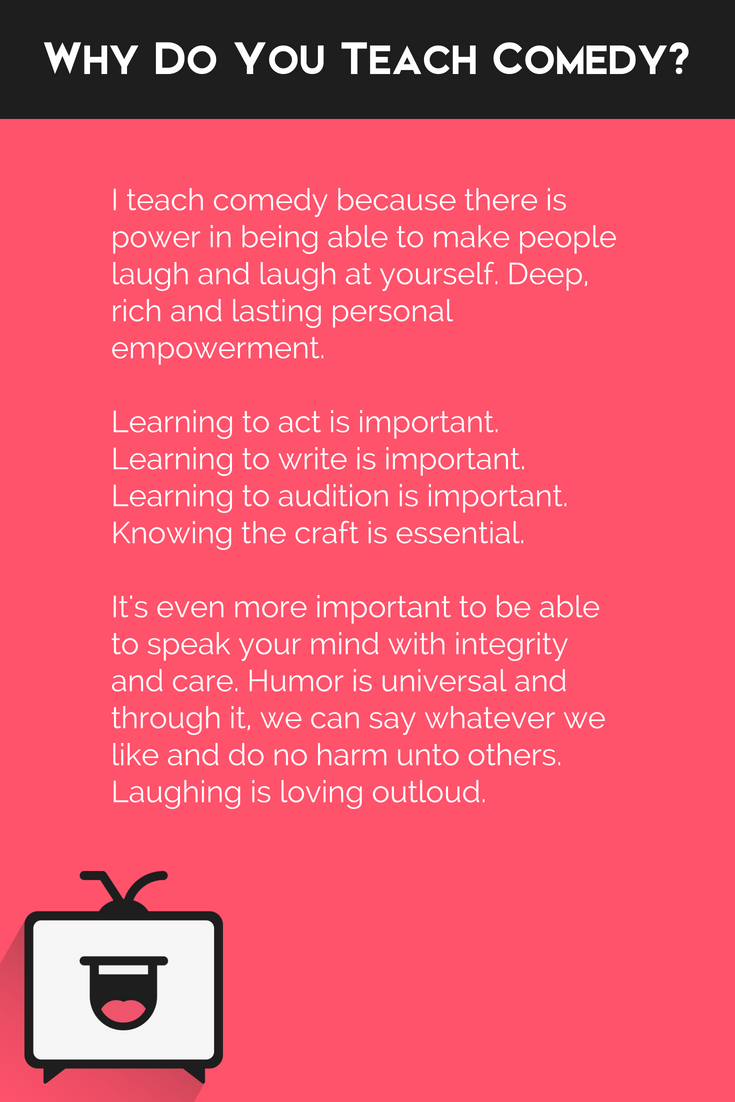